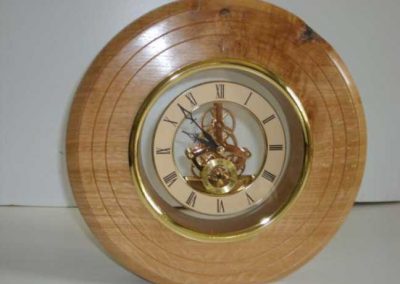 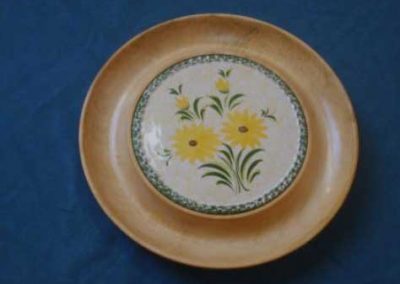 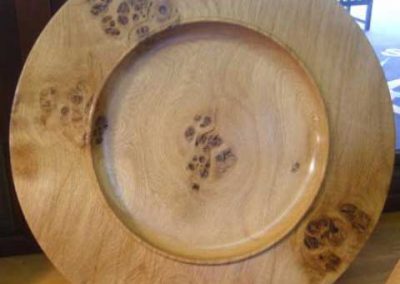 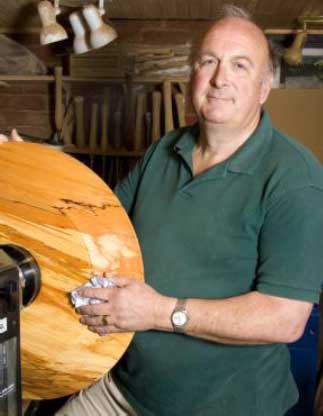 I was born in Coleford, Devon about 3 miles from Crediton in 1951. I moved to Ottery St. Mary and was educated at Blundell’s School, Tiverton, where I learned woodturning from a Mr Fisher. I perhaps spent too much time in the workshops and did not do too well academically!

I therefore had to go to Exeter Finishing School (known then as “The Tec” and now Exeter College). In 1970 I went to work for BP and with them gained a degree. I had a long national and international career until 28 years later I was made redundant. (Oil was at a low of $8 a barrel!!). I decided to quit the rat race and return to Devon. I had always wanted to go back to woodturning but my lifestyle just would not permit it. After a short spell of consultancy work and re-building Redcliff I sat about woodturning in earnest – it is only now, looking back, I realise just how bad my work was!! It was Greg Norman, I think, who said “It’s amazing but the more I practise the luckier I get” – and so I have found. The more I turn then the better my work seems to get and the more I seem to learn from professional turners.

This is a small gallery of some of my work – one thing I do know is that I am a better woodturner than a photographer!!

Above is a large (24” diameter) Elm Platter – sold to a collector in Kingsbridge. The wood came from John Bradford in Wiggaton in 2006. It must have been lying around his barn for over 30 years and was in a real state – it’s just surprising what can come out of all the dust and grime. To the right is a 24” Ash platter with a Crackle rim I made in 2010 – now in the possession of Mrs Mildenhall of Lympstone. This wood also came from John Bradford. To the left is a Pippy Oak platter of the same size. This wood came from Peter

Quinane of Dunkerswell. I source most of my wood from either John or Devon Hardwoods at Dotton, and much of it comes from Devon.

One of my staple products is the rotating cheese board. Anything from 16” to 24” usually made in Ash. The green marble I source from Axminster Power Tools, but the ceramic and glass inserts I bring back from Portugal. They are mounted on a lazy susan base – there are a number in use in Lympstone!