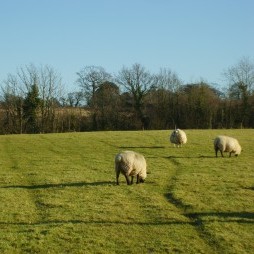 In June 2010 East Devon District Council rejected your application to develop land to the Northwest of Courtlands Cross, Lympstone. In doing this they were mindful that over 650 letters of objection had been received. They came not just from local residents but from people who care, in this country and abroad, about preserving a way of life, about preserving a community, about preserving some open spaces. You seem to have totally disregarded this public rejection by submitting another plan for the site which was rejected again by Lympstone Parish Council on Monday 4th July, rejected by Exmouth Town Council the same evening and opposed by the Community at an open Village Meeting the previous week. Mr Adams this development is just not wanted.

This land was granted “Green Wedge” and “Area of Great Landscape Value” status in the East Devon Local Plan 2006. It was done so for good reasons – to “impose a limit on future development for three reasons; firstly to prevent coalescence of settlements along the Exe Estuary, secondly, to guard against over development which would ruin the character of the village and thirdly to prevent still further congestion upon the already overloaded narrow streets”.

East Devon is characterised by its small village and town settlements each with their own character and traditions. These exist because the towns and villages are not one amorphous mass of concrete and roads, but because there is separation and individuality. Just as Exmouth and Topsham do not want to become part of Exeter, Sidford part of Sidmouth, Uplyme part of Lyme Regis or Feniton part of Ottery St. Mary so Lympstone, Budleigh and Woodbury do not want to become part of Exmouth. In my youth I remember Littleham as a village, now thanks to development it is a suburb of Exmouth! This does not mean that we do not need our bigger neighbours – we do – for shopping, entertainment, dentists, doctors, libraries but hopefully they also need us for the tranquillity, countryside, cycle routes and country pubs – it is a matter of balance.

Mr Adams – the development at Courtlands Cross is not wanted by the community I live in, nor by our adjacent neighbours – it is not just your mixed development it is ANY development. 650 letters just prove this. With between £77m and £105m, from the sale of your waste business to South West Water in the bank, isn’t that enough to provide you with 3 meals a day, an opulent lifestyle, a very grand house complete with gardens and a swimming pool? Just how much more money do you need and at what expense will that be to the community and residents – some of whom are literally terrified of what effect your development will have on their very hard earned retirement. I know you defend your little piece of Devon so please respect ours.

If you really want to be a pillar of the community, respected and esteemed, discard avarice and take up charity – use your wealth to help society, to build a better environment for our children and our children’s children, protect the individuality of our villages and towns by preserving their green envelopes. Start at Courtlands Cross, create “The Terry Adams Open Space”, emulate Farmer Long and give this land to posterity then maybe like Farmer Long you will be remembered with affection and admiration rather than repugnance and greed.

Sir, the choice is yours – affection or repugnance – but be aware we will NOT give up our fight to stop you.

Lympstone Parish Council
Copy to:- Exmouth Journal
Express and Echo
Ottery Gazette
 Please note that these are my personal views and may not represent the views of the Parish Council as a whole or as individuals.