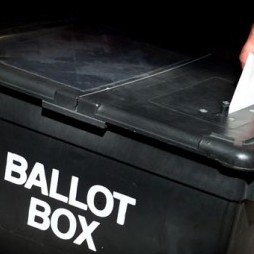 3 nominations have been received for two places on EDDC – an election will take place on 5th May.

On 5th May you will also have the opportunity to cast your vote in the National Referendum on the alternative voting system.

So still turn up at the Village Hall to cast your votes on these other issues.