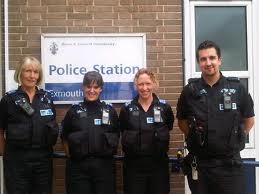 On or around the 28th August 2012 there were  four crimes of theft in and around Lympstone.

Two boats were untied from their moorings in Lympstone and both had items stolen from them before the thieves left the boats to just drift.   Not only does the value of all the items stolen that night come to £20,000, substantial damage was caused to the boats. By letting the boats drift there was the potential for a great amount of damage and risk to life of any other users of the Estuary.

The following items were taken from the boats:

This boat was also left to drift on the Estuary.

Two cars were broken in to in the public car park in Lympstone the cars both had locks drilled to gain entry:

A blue Peugeot 206 car had the following items stolen, a sub woofer and an amp (no details of make or model)

It is believed that the offenders used a vehicle due to the weight of the items stolen.

Did you see any vehicles action suspicious that night or the early hours of the morning in or around The Strand in Lympstone?

PC 1350 JOHNSON would like to hear from anyone who may have seen or heard unusual or suspicious activity in and around the Strand Lympstone on the night of Tuesday 28th August to the early morning of Wednesday 29th August 2012 and also on Friday 24th August to Saturday 25th August at Topsham or if anyone has offered for sale any items which match the items listed as stolen.

If anyone has any information regarding the 4 crimes above, please contact PC Johnson or myself on 101 or my email