Lest We Forget – Thank You 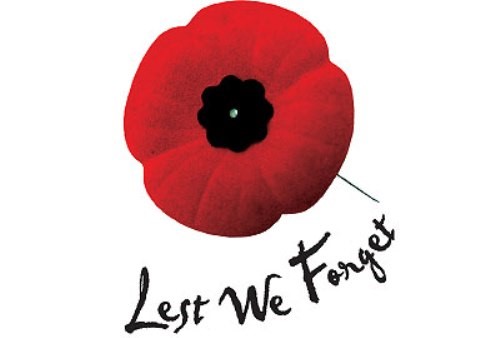 A huge thank you to everyone who volunteered and took part to make the weekend Armistice Centenary events so special!

There are too many of you to mention individually, but a special thank you goes to all those helpers who stayed behind on Sunday evening in the mud and dark to help take down the marine tents.

From the Film evening on Friday to the Beacon lighting on Sunday evening, we believe over 400 people attended the events.  The whole community was involved from the Pre-school and School children who made all the fantastic poppies to Mary Truell who enthusiastically lit our Beacon.

On Saturday afternoon the Exhibition opened which detailed the lives of the 27 men from Lympstone who died.  The Village Hall also showed a film ‘Lympstone through the Seasons’ and Jenny Moon entertained with her story telling.  This was followed at dusk by a procession, led by the Scouts, down to the riverside where a wreath was blessed and laid upon the water.  The Parish Church had been decorated by the village florists on a Remembrance theme and the Marines provided very evocative displays round the alter, pulpit and font which reminded us of the trenches.  Along with the Wall Hanging ‘Lympstone Remembers’, which is by the Church entrance, the whole scene provided a memorable visual experience.

On Sunday, after the morning service, wreaths were laid at the Memorial followed by the Last Post and a two-minute silence.  The afternoon saw the Ceramics Society Exhibition at Gulliford Burial Ground and our Church bell ringers played out a Peal of 100 Changes.  Unfortunately, the heavens opened later in the day making Cliff Field a muddy challenge, but the Primary School choir did not let that deter them and sang their hearts out for nearly half an hour.  We were also entertained by the Lympstone Training Band and ‘Waxing Lyrical’.  The weekend was brought to a close by the narrative of the lives of the 27 men before the Last Post and the minute’s silence before the Beacon was lit.  The ‘Ode to Peace’ was read out by the Exmouth Town Crier, Roger Bourgein, followed by the ‘Peal of Bells’ where over 1000 churches in the UK rang their bells to signal peace and the end of the War. We played a recording of our ‘Peal of 100 changes’ rung by our bell ringers earlier.

Although the weather was inclement at times – the mud, rain, darkness and cold on Sunday evening should have made us thoughtful of the men who endured those conditions, not just for a couple of hours, but for weeks on end in the trenches.

Photographs of the weekend were taken by Rob Cousins and Nick Harries and will be available soon on the website.  The event was organised and funded by the Community Hub.