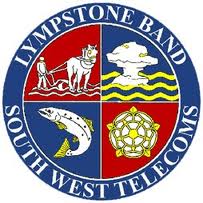 What a fantastic result for the Lympstone South West Telecoms Band at the West of England Regional contest on March 11th in Torquay – we won and became the 2nd Section West of England Champions! This is the highest winning result at this contest the band has achieved, as it originally won promotion to the 1st Section after a series of podium results. 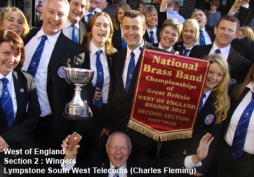 Charlie and the players are elated about the result, and after relegation in 2011, the band is promoted back to the 1st Section from January 2013. The band has also earned a place at the National Brass Band Championship Finals on Saturday 22nd September at Cheltenham Racecourse, and eagerly awaits news of what test piece is in store for them.

The next time you can see the band in action in Lympstone will be their Spring Concert – ‘Friday Night is Film Night’ where we will be performing a well known programme of music from the movies. Please come along and support us on Friday 20th April 2012 at 7.30pm. Tickets are available on the door at just £3 for adults and FREE for under 16s.