Lympstone Compost – service may be lost 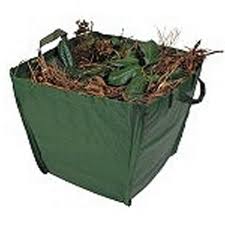 The Environment Agency has recently introduced some legislation covering waste operations and if we were to continue as in previous years we would be paying £1590 to register and an annual fee of £760. Additionally, our site would probably be considered unsuitable as it is too close to other businesses at Gulliford nursery.

Over the years we have increasingly relied on paid help to augment the shrinking band of reliable volunteers. Bagged sales of mulch and compost have also stopped as the remaining volunteers were feeling their age. Each spring for the past few years, the committee has had to weigh up whether the volunteer resources were adequate for the coming season. During this summer more volunteers have dropped by the wayside making it difficult to guarantee that the site work is completed on Wednesday mornings.

It is with regret that the committee has decided to make this the last season of operation. It will take about a year to run down the site operation.

The committee is investigating some possible alternative arrangements, but it is inevitable that the service will cost considerably more and the take-up by households may not be sufficient to operate a viable scheme.

The collections will continue as usual for the remainder of this season, the last collection being on Wednesday 26th October.

Thank you for your support over the years.