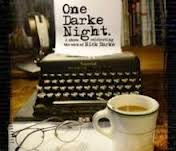 “A jaw-droppingly brilliant celebration of Nick Darke’s writing and life… spellbinding theatre at its very best. I laughed, I cried, I laughed some more.” Fi Read, The Cornishman Nick Darke was a much-loved Cornish playwright, a lobster fisherman, environmentalist, beachcomber, broadcaster, film-maker and chairman of St Eval Parish Council. Using extracts from his diaries and lesser-known works alongside firm audience favourites such as The King of Prussia and Hell’s Mouth, actors from Kneehigh Theatre and The Eden Project have created this imaginative show to celebrate his plays.

He was born near Padstow, and many of his plays tell of the life of Cornwall, fishing and the sea. He wrote twenty-seven in all, which have been performed in theatres all over the world (eight for the Royal Shakespeare Company and two for The National Theatre). He also wrote for radio, television and film. One of his last works, the documentary The Wrecking Season (2004), which he wrote and narrated, charts the lives of Cornish beachcombers, of which he himself was one, having moved permanently back home to Porthcothan in 1990.

Combining bold staging, specially-commissioned film and a cast of five versatile performers, One Darke Night is on a Village in Action tour to seven venues in November, and Lympstone is fortunate to be one of them.

Lympstone Village Hall Tickets from the Post Office or phone 271915