Lympstone FC Youth U14s back to their winning ways 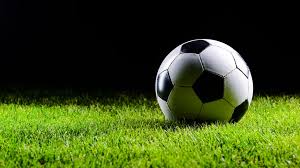 Lympstone Youth u14s hosted Central Redstar in the q/final of the Exeter & District Youth cup. Lympstone started strong and took the lead in the 2nd minute with Tom Garland and Billy Worthington linking up brilliantly to send Alfie Jones through on goal who produced a fine save from the Redstar keeper before Erin Assleman followed up to finish a fine attacking move. Jack Draper doubled the lead midway through the first half with a strong header at the far post from a corner. Into the second half and Lympstone scored their 3rd when Harry Bennett shot past the keeper from outside the box and soon scored his second and Lympstones fourth after rounding the Redstar keeper to tap home. With Olly Willis,Jack Draper,Tom Garland and Erin Assleman dominating the midfield it was no surprise when Lympstone scored their fifth and final goal after Billy Worthington, playing in a new attacking role behind the striker, played a delightful through ball for Bennett to chip the keeper with a half volley to complete his hat-trick and send Lympstone into the semi final draw.