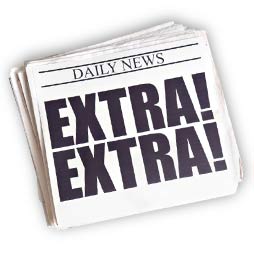 Ten years ago the good people of Lympstone decided to club together to help Ken and Mary Williams to join their butchers shop to the adjacent grocery shop which was due to close.  In a short space of time more than £40,000 was collected in loans to enable Ken and Mary to create the Londis Shop.

The LSSC club was set up to administer the loan and its management and repayments. I set up a computer system to facilitate repayment of the loans in the form of £50 bonds over fifteen years. Ken and Mary paid back the loan bit by bit and the club (with the help of a trusty old computer) selected at random those who were to get some of their bonds plus interest repaid each quarter.

The club also created a separate membership system to support businesses in Lympstone  and it was this that funded the annual party and newsletters. Over the decade, more than 700 people joined this club.

Earlier this year, when Ken and Mary announced that they wanted to repay the club the rest of the money that they had borrowed as they hoped to sell their Londis shop in the near future the club contacted those who were still owed money. David Hinchliffe, Treasurer and Alan Burton, Chairman, did this and arranged repayment of all existing bonds.

There was a small surplus after everyone had been paid and at an Extraordinary General Meeting earlier this month donations were proposed to the following – Lympstone Station Adopters, Lympstone Marines, The Village Hall Renovation Fund, Lympstone and Exmouth Hospiscare, The British Legion, Exmouth Citizens Advice Bureau, and for a bench with commemorative plaque for the Village, plus a dinner for the LSSC Committee in recognition of the work they had done over the last ten years.

Every year at Christmas, the club organised a party in the Village Hall for all its members and in exchange for their membership fee, everyone got a drink and some substantial nibbles.. There will be one more party like this when the shop is finally sold. Apart from that (and a small amount left with solicitors in case the one person who was not found to repay the final bond to turns up), this club, LSSC, is now closed.