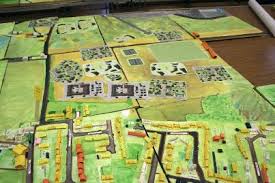 The Lympstone Neighbourhood Plan Referendum will be held on Thursday 26th March 2015 in the Methodist Hall .

The referendum question (which is set by the Government) will be:-
‘Do you want East Devon District Council to use the Neighbourhood Plan for Lympstone to help decide planning applications in the neighbourhood area?’
(Our Neighbourhood Area is Lympstone Parish)

Voters will be asked to vote ‘YES’ or ‘NO’ to this above question. If a majority of those voting say ‘yes’ to the question, the Plan will be referred to East Devon District Council to be formally ‘made’. All registered voters living in Lympstone Parish are eligible to vote. Postal and proxy votes will be available. The Referendum will be held in the Methodist Church Hall from 7am to 10pm on Thursday 26th March 2015.

Our Plan may be found at www.lympstone.org/parishcouncil (with all supporting documentation) or copies may be collected from Central Stores or Kings Garden Centre.

What is the Neighbourhood Plan?

In 2011 the Government decided to give local people more say in how the places where they live are planned. Neighbourhood Planning provides communities with the ability to establish their own policies in order to shape future development in their area. The Plan has to comply with the strategic policies of East Devon District Council and Devon County Council. Unlike traditional planning approaches, local residents are given the opportunity to vote on the proposals at a referendum.
Why is the Neighbourhood Plan important?

The Government is keen to encourage the building of more houses and it estimates that currently only about half of the houses that are needed annually are being built. This means that there is considerable pressure to build around cities, towns and larger villages (such as Lympstone) throughout the country. In 2012 the Government published the National Planning Policy Framework (NPPF).which has a presumption in favour of sustainable development. East Devon does not have an up-to–date Local Plan, nor a five year supply of housing land, so under the policies of the NPPF there is a strong chance that any housing development deemed to be sustainable will be approved.

If our Lympstone Neighbourhood Plan is accepted then East Devon District Council and Devon County Council will have to take it into account, alongside the policies of the NPPF, when deciding planning applications.

If the Plan is NOT accepted by the Village at the Referendum, EDDC Officers and councillors can make whatever decisions they see fit with regard to planning and the number of future houses they permit to be built in our Village. Developers may assume that Lympstone residents have no objection to any developments within the Parish.

If the Plan IS accepted by the Village at the Referendum, the Plan will be reviewed at regular intervals by the Neighbourhood Plan Working Group – any parishioner is welcome to become involved. Such reviews will ensure that the Plan
a) Evolves in line with the Parish’s needs.
b) Does not conflict with the EDDC Local Plan (when and if this is eventually published).

What has Lympstone Parish Council done?

In 2012 your Parish Council decided that the village could become vulnerable to massed development if a Plan were not in place. It therefore established a working group to develop our Neighbourhood Plan which has been written over the last three years by Parish Councillors, volunteers and working groups from the community. It is the result of extensive consultation with interested people who live and work in Lympstone Parish and has been endorsed by the Parish Council.

What does the Neighbourhood Plan cover?

Our Plan covers the period up to 2026. It is divided into 5 sections: Housing, Getting Around, Employment, Community, Leisure and Wellbeing and Environment. It sets out a vision for Lympstone with 17 Planning Policies and 24 Community Actions. Key proposals include:-

• Maintaining the ‘green wedge’ between Lympstone and Exmouth.
• Where new houses should be built and what they should look like.
• The infrastructure to be provided in order to maintain the well-being of the growing population of the village.
• What kind of houses should be built (making sure there is a good cross section to provide for all ages across the community from the young to the old).
• Opportunities for new businesses, whilst helping to protect existing businesses.
• Protecting open spaces and providing a new village green.
• Seeking an alternative route through the village for the Exe Estuary Trail.

What consultation has been carried out?

A village meeting was held in April 2012 which resulted in a series of focus groups which were open to all who expressed an interest. These guided proposals and an exhibition of a draft Plan was held in July 2013 in the Village Hall, followed by a six week public consultation. The draft plan was amended in the light of the feedback received, approved by the Parish Council and submitted to East Devon District Council in October 2013. EDDC carried out another six week consultation in Jan/Feb 2014 and the plan was amended to take account of comments received. A further round of consultation on the amended plan was undertaken by EDDC in August/September 2014. This plan was approved by the Parish Council in October 2014 and was then submitted for examination by an Independent Examiner. His report was received in November 2014 and his amendments were incorporated into the final version of our Plan. He recommended that the Plan should proceed to a referendum and this was supported by the Parish Council in December 2014. The examiner said – ‘The Lympstone Neighbourhood Plan is the result of a significant community effort and demonstrates a passion for neighbourhood planning’.

Now is the time for the electorate of Lympstone to decide if they want this Plan to be adopted. Neighbourhood Planning is not a legal requirement but it is the right of local residents to choose and to have a say. We will be holding events as set out below and welcome local residents to come along to see our Plan and answer any questions.