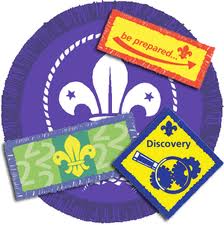 Following the success of the new Beaver Scout Colony, a new Cub Pack was launched, March 6th. The Pack will meet weekly, on Tuesday evenings between 6 and 7.30pm and will be led by Gary Borrie and Mike Hales.

Parents have agreed to volunteer to help on a rota basis. Initially, the enrolled Cubs already in the Beaver Colony will be the first to join making a pack of eight, followed later by those on the waiting list bringing numbers up to about 16. It is hoped that the Beaver Colony can be kept to 16 – which is a manageable number, but we are hoping that parents will put their children’s names on the waiting list from age 5 so that those that move on to Cubs can be replaced. Beavers runs from ages 6 to 8 and Cubs from 8 to 10. To join the waiting list email Beaver leader Catherine Escott on catherine.escott@btinternet.com.

The group would like more volunteers to train as leaders, so that we can start Scouts (ages 10 upwards) as soon as possible. To volunteer call Pete Hardy on 01395 270157.

The group would also like to hear from any former Scouts who wish to be involved in the celebrations for this year’s centenary of Scouting in the village.

As part of the fundraising planned for the year the Beavers and Cubs will be holding an Easter Bingo event at the village hall on Thursday, April 5th from 6.30pm eyes down at 7pm. All families welcome whether involved in the Scout movement or not. Also welcome would be any Guides or Brownies and their families. Refreshments available. Plenty of chocolate to be won!