New proprietors at The Saddler’s Arms 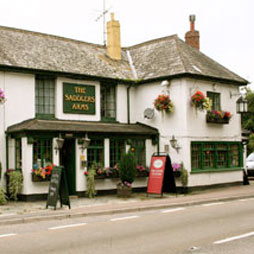 The Saddler’s Arms in Lympstone is changing hands next month.

Martin Loader, the current proprietor, is leaving in the first week of September. Martin is looking to move on to pastures new and says “The Saddlers Arms is a profitable business now and my reasons for leaving are purely personal. My daughter and my grand-children are moving down to Devon in September and I want to spend more time with them, my wife and my family”.

He also praised his staff, “I have been immensely proud of the loyal and hard-working staff who have worked alongside me and responded so well. The new proprietors are inheriting a professional and friendly team who have been a pleasure to work with”.

The new proprietors remain a secret for now, however they  have apparently been heavily involved with another local hospitality business, and have been in the trade for many years .