New Venue for the Sherry Morning 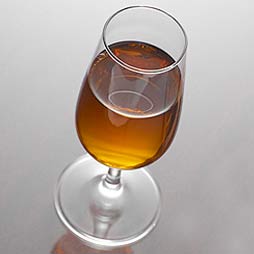 As recent readers of the Lympstone Herald know the last Sherry Morning at Church Path took place this year. The first two were at Melody Cottage, with one at Moretons,(now called Eleanors) and 29 at Willand, Church Path. There are many reasons for a new location and a new organisation behind it, not least because I am not getting any younger! If at all possible, its continuation needs to still be in Lympstone where it has become something of an institution and supported by many dedicated followers! It is to be the Summer Garden Party of the Exeter Anti-Slavery Group (of which I am currently Chairman), but to retain its name as , “The Sherry Morning”!

I am pleased to report that following discussions with Martin at The Saddlers Arms, it will be held on Sunday 31st July 2011, ( its usual date being the last Sunday in July). It will be in the garden which has a larger lawned area than Willand and has a covered section. It will be the same formula as in the past with an entry ticket to include the first drink and all food. The ticket will be stamped when the first drink is given and will be shown each time another drink is purchased at the bar in the garden. (This will prevent gatecrashers). The beers will be the usual two from Exe Valley Brewery, together with two quality reds and two quality white wines – we charged £2 a pint of beer and £2 a glass of wine this year. Hopefully the prices next year will be as close to this amount  as possible. There will also be the usual live music and or vocal entertainment and the 40+ prize grand draw. It will commence as before at 11.45am (since you can’t have a Sherry Morning in the afternoon)! Most arrive around 1pm and finish by 7pm.  I thank all the regulars and I visit in June/July to sell tickets and to thank Martin and Bev for its continuation in Lympstone.