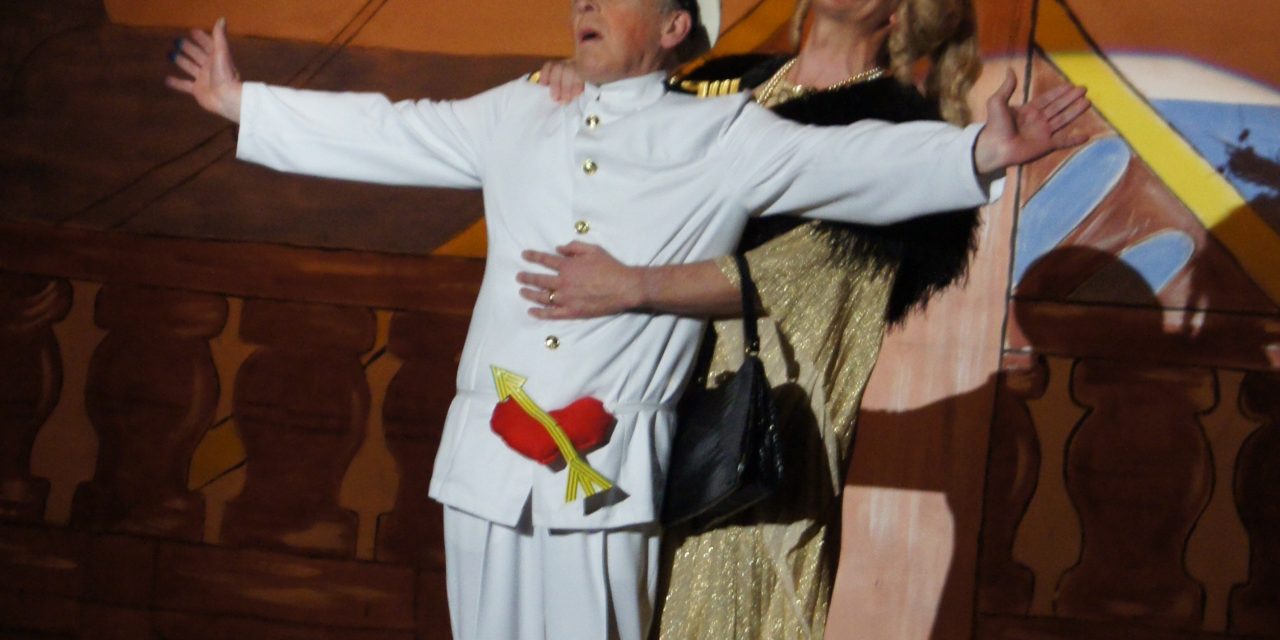 This year’s village panto, The Adventures of Robinson Crusoe and the Pirates, performed for our delight by the Lympstone Players, was very much in the tradition of village pantos, with a script peppered with references to local worthies and locations. Written by local trio Barnacle, Teague and Ellis, apparently in village hostelries, this panto romped cheerfully to the Caribbean and back. There was excellent ensemble playing by the strong cast: several tried and trusty veterans in roles clearly written with them in mind, were joined by a number of new, not necessarily young, players who made an impressive debut. Lympstone certainly finds dames from the most unlikely sources!

As ever, it was good to see so many young people displaying theatrical skills and developing confidence on the stage. It was good, too, to see and hear a group of young musicians joining the Players for the first time and adding verve to the production.

The backstage team, many of them new to their task, produced excellent scenery and props and the wardrobe mistresses rose to the challenge of coaxing some actors into outfits they might not have chosen for themselves. The choreography was well thought-out and lively, and made best use of the limited space on the stage.

Some scenes stood out: the longer scene in the tavern, where the elements of scenery, props, music and cast all worked together to produce a real feeling of place, and the short storm scene in which lighting, sound and choreography combined to induce a remarkably queasy effect.

Overall, it was a memorable and fun production, a real team effort, but also a great credit to new director, Chris Barnacle –who even managed a Hitchcockian appearance on stage! This panto was clearly relished by both cast and audience, It continued the run of successful children’s productions and pantomimes over a number of years and I await with great anticipation news of next year’s winter show.