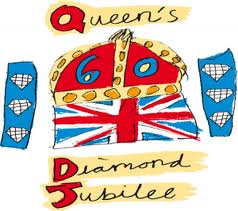 As everyone will know there were several areas of flooding in the Parish during the heavy rains of the 23rd and 24th November 2012. The drain by The Saddlers Arms caused problems as usual and there was a collapse (if that’s the right word) of the drain further down Longmeadow Road. Julie Russell pointed out that there used to be gullies in the road by Pretty Corner, but these were covered up when the road was re-aligned. This contributed to flooding of the cottages. The gully there is cleaned out regularly but this does not get it flowing properly and so a better job is needed.

The Council and members of the public at the meeting concluded that the biggest threat to the Village comes from the brook. This needs to be monitored and kept clear. Parish Council Chairman, Cllr Peter Acca, thanked Roger Stewart and Alfie Beer for their hard work in both clearing blocked water culverts and helping those that were  unfortunate to be flooded. Roger and Alfie have agreed to become flood wardens to monitor the Wotton brook including the screens from the Saddlers to the outfall in the harbour so that a build up does not happen in future. Tom Warne of the Environment Agency is to visit Lympstone next week to see what needs to be done to help keep the brook working as it should. Cllr Richard Eastley, the Environment Champion for the Parish, told the meeting that the brook had been listed as a river and this would include a proportion of the bank as well. This meant that the Environment Agency has responsibility to keep the banks clear as well as the brook. Landowners can still play their part in making sure that the bank adjoining their land is kept clear so that problems do not arise.

There is a Lympstone Emergency Plan in force but it was clear that the information within it had not been publicised enough. The Parish Council has agreed that the Emergency Plan will be reviewed each year so that it stays in people’s minds. Parish Council Communications Champion, Cllr David Young, will also be looking at how emergency information might be readily available to those in need.

Over 100 people came to the two presentation events on 23rd and 24th November 2012 and took the opportunity to put their views forward on future planning for the Parish. This included views on future housing development. It is now crunch time for a crucial part of the Local plan process. The Council has agreed its five preferred sites for future housing development in the Parish. These are:

The Rectory, Two sites at Jacksons Meadow (assuming the road can be improved), Land to the North of Longmeadow Road (behind the garages) and land at Lympstone Nursery. The first four of these sites are within the current development boundary and so the Parish Council will only be asking for a minor amendment to include Lympstone Nurseries. The draft Local Plan has now been received for local consultation. This will be considered in depth by the Neighbourhood Plan Working Party and they will be presenting their thoughts to the Parish Council to formulate its formal response.

The Planning Inspectorate has decreed that if any District Council does not have a new local Plan in force by the end of March 2013, then it will be ‘Open Season’ for developers to submit planning applications. EDDC’s timetable for their Local Plan is for it to be in force by August 2013. The Parish Council has asked the Neighbourhood Plan Working Party to press on with its deliberations so that the Parish part of a Neighbourhood Plan is complete by the end of March 2013. It is hoped that this will be regarded as a statement of Community wishes for planning in the Parish and used to defend against any unwelcome planning applications.

The Parish Council had an interesting and challenging presentation from Dr Jane Aitkin and Project Administrator, Jayne Clarke about Neighbourhood Health Watch Schemes. Neighbourhood Health Watch is all about helping communities support each other’s health needs. The idea came about as Dr Aitkin could see that communities do a lot to help each other out, and that it would be a good idea to recognize and support those actions within communities. A Local Scheme seeks to connect statutory, charitable and local business support for communities at street level. It also promotes connection and trust between neighbours to encourage them to offer help that they can give to each other and to those who are less able to look after themselves. For example, neighbours shopping for someone they know who has just come out of hospital, or handing on some information about a health service they’ve used that really helped them, or offering to look after a pet so someone who has been ill can get better without worrying about walking the dog. Neighbours know who they trust and can rely upon, from local tradesmen to pharmacy support. Neighbourhood Health Watch groups will be supported in ways that they choose to them to help them engage in such activities in a way which is useful to them and their communities. Dr Aitkin has already started a ‘Watch’ in Lympstone by contacting Royal Marine Wives. They are often left with children while their husband is away on duty and the feeling is that they would really wish to be seen as part of our community but they don’t always know where to start. This scheme will be a beginning for them. It will not only provide some help but it will also show how they might be able to help others. A local Co-coordinator is needed to keep this ‘Watch’ going and to expand it through the Village. If you think that this could be you, and there are probably several people in the Village who could do this, then check the website, http://www.neighbourhoodhealthwatch.org.uk/ and contact Dr Aitkin or Jayne Clarke on 01392 674112.

Now that the Jubilee celebrations are over, the Parish Council has turned its thoughts to a lasting Jubilee memorial.

A Jubilee Tree was planted by the Tennis Courts and this has now been moved into Candy’s Field to make way for the new Car Parking area. There is an Oak Tree in Candy’s Field that is dead and so the Parish Council has decided to fell this and replace it with another tree. An Exeter Elm, Ulmus glabra ‘Exoniensis’ has been suggested and this is being investigated to make sure that it will not succumb to Dutch Elm disease that has killed other Elms in the Parish. Wikipedia suggests that ‘Exoniensis’ possesses a moderate resistance to Dutch elm disease, and consequently often featured in the Dutch elm breeding programme in association with the Field Elm U. minor and Himalayan Elm U. wallichiana.

Clerk to the Council: A J Le Riche