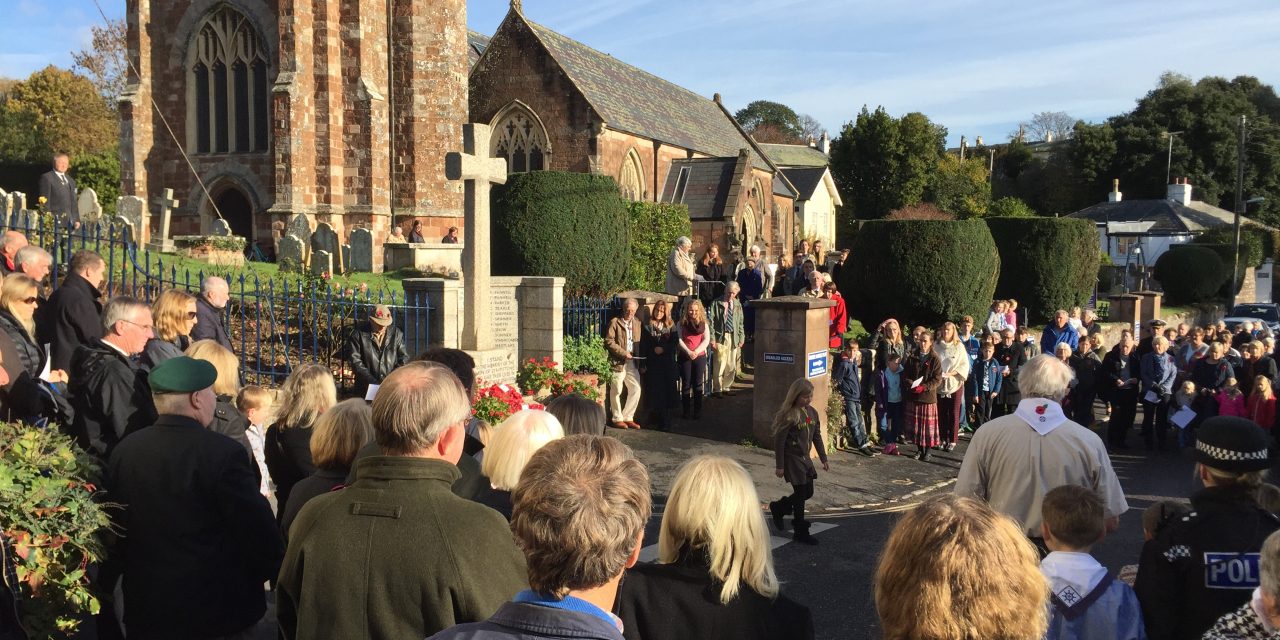 Villagers gathered at the War Memorial on Remembrance Sunday to commemorate those lost in the First and Second World Wars. A number of wreaths were laid at the memorial, and as a lone bugler sounded the Last Post, the crowd observed two minutes silence at 11.00.  Earlier, on Friday 11 November, villagers also gathered at the Memorial to mark the signing of the armistice, and the end of the First World War.