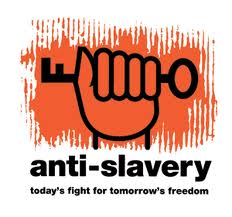 For the first occasion in its history it was not held in a small garden in Lympstone. Instead it was in a large part of the garden at The Saddler’s Arms, Lympstone with 4 times the area and seats and tables for all together with a covered area, (open fronted) for bar – Silver Lady (designer Mexican silver jewellery), grand draw prizes and display boards – protected from rain or sun.

To mark this move,  a first by the Exeter Anti-Slavery International Group, we were delighted to see our patron- Father Gerald Wilberforce and receive a first visit from one of our vice patrons – the Right Worshipful, The Lord Mayor of the City of Exeter, (Councillor Stella Brock) with the Lord Mayor’s Escort (Councillor Philip Brock), a civic first in Lympstone, warmly greeted by the Vice Chairman of Lympstone Parish Council – Richard Eastley. From Anti-Slavery International, we had Iqtadar Hasnain, External Relations Manager and, as Guest Compere,  Douglas Movnle star of stage, television and radio.

There was continuous music, including vocal pieces, for 6 hours thanks to the work of David “Doc” Livingstone. Thanks go to all who assisted or bought tickets, donated prizes as well as the multitude of musicians and singers. We thank Martin Loader, recently departed landlord of The Saddler’s Arms, for his assistance and use of three quarters of his garden. Comments were made about how much more professional it now is and with a greater chance of continuation under the Exeter Anti-Slavery Group. The sum of £1000 has been raised for the work of Anti-Slavery International. Make a note for the next one on Sunday 29th July, 2012.