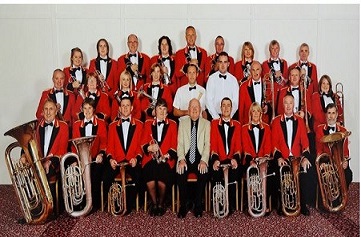 The South West Comms Band (formerly Lympstone South West Telecoms Brass Band) is a village band located in Lympstone, on the River Exe between Exeter and Exmouth dating back as far as 1889. The band has a very generous sponsor, Tony Rowe and his company South West Comms and the band is currently in the First Section of the West of England region.

The band’s rehearsal nights are Monday and Thursday from 7.45-9.45pm in the South West Comms Band Centre, a fully equipped rehearsal, concert and recording venue.