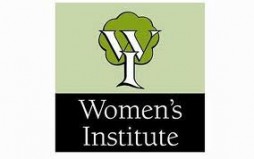 An appropriate speaker for this month is Father Steven Hoyle from St John- in-the-Wilderness as the Titanic was completed on 31st March 100 years ago. Father Hoyle has made a study of the Titanic disaster and will give us a talk based on his book, written some years ago, about Thomas Byles who was a priest on board the Titanic.

Members are saddened by the death of one of our very old members, Audrey Spiers, and that of our President’s husband, Vernon Frampton.

Our thanks go to Mrs Brenda Courtie who is willing to be our Press Secretary from April onwards, and to the people who made our much enjoyed February lunch so successful. Members are asked to note the following dates:

The WI Drama Group are taking over the whole of the April meeting (Weds. 4th April at 2.30pm in the Village Hall) with a potpourri of entertainment. We are fortunate to have such talent within the WI. Any potential members welcome.