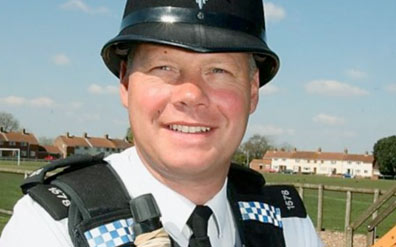 An accident occurred at 8pm on Friday 17th December, 2010 on the corner of Meeting Lane, Lympstone causing extensive damage to a parked and unoccupied Red Peugeot hatchback. An unnamed driver described as in their early to mid twenties, smartly dressed and with a distinctive lisp knocked on a few doors before speeding away in a damaged car without leaving details. The owner would like to hear from this person and can be contacted on 01395 224241.