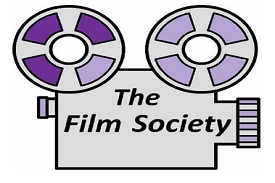 Our AGM is on Friday May 1st  We are looking for some new members for the committee. If you are interested please get in touch with Helen Dimond or Don Mildenhall before the 24 April.

After the meeting ( not usually longer than 30 mins! ) we will be showing My Week with Marilyn starring Michelle Williams, Kenneth Branagh, Eddie Redmayne, and Judi Dench. Based on two books by Colin Clark, it depicts the making of the 1957 film The Prince and the Showgirl, which starred Marilyn Monroe (Williams) and Laurence Olivier (Branagh). The film focuses on the week in which Monroe spent time being escorted around London by Clark (Redmayne), after her husband, Arthur Miller had left the country.

Members who renew their annual membership at this screening (or at the AGM, or by post by the end of May 3rd), will be charged £15 a head and will also receive a token for a free drink or ice cream at the September or October screenings The charge for existing or previous members renewing after May 3rd will be £18 and £20 for new members.