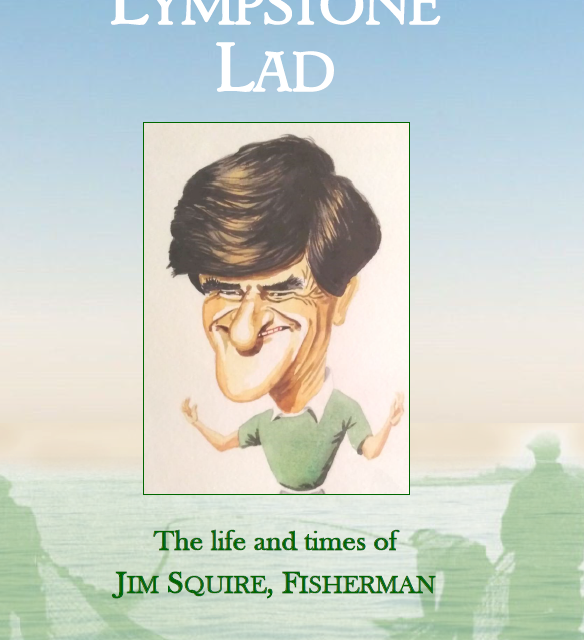 Launch of new book ‘A Lympstone Lad, The life and times of Jim Squire, fisherman’ took place on Saturday 19th on the slipway. Author Tony Day was there to sign copies of this brand new publication.

Jim had started to write his own account of growing up and fishing in Lympstone, but fell ill before he got very far. Tony has finished the story for him, and the History Society have published it as a 92 page book with 43 photographs. It tells the tale of our estuary village in the second half of the 20th century, and one of its great characters.

Here is the village school with its old-fashioned discipline, home life in the Buildings, erected for ‘toilers of the deep’, and here are the village lads at play – the darts and the dances, the Skiffle Group and the Tug of War, the boats and the cockling, the night life and the sing-songs.

And here, of course, are the fish: the herrings and the salmon, the cockles and the winkles, the mackerel and the flounder… They come and they go, and the fishermen follow them, coping with the seasons, the tides, the water bailiff, increasing regulations and decreasing numbers of fish.

Told with humour and affection, this is a tale of a way of life that has now almost vanished

The cover of the book (on the cover of this month’s Herald) is a portrait of Jim painted in 1996 by the artist Wilf Plowman, who lived in the village.

Copies of the book can be purchased via lympstonehistorysociety@gmail.com