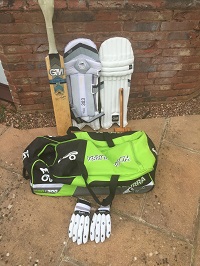 Lympstone’s cricketers have enjoyed an unexpected but successful short season. With the planned fixture list destroyed by covid, when play was finally permitted (with appropriate precautions) in early July, a series of evening games, was scratched together on the hoof. Several involved brand new opponents, plus one against a team Village haven’t played for many years. Altogether ten matches were arranged, often twice a week and, with one rained off, Lympstone managed seven wins from nine.

A number of new players, resident in the village, were welcomed to the side, again captained by Gary Abrahams of Pitt Farm. James McGregor has shone with the ball, having 14 wickets to date, whilst Dan Maytum has most runs to his name with 144. Village is blessed with no less than four able wicket keepers, but most haven’t had a look in this year as first choice Maytum has amassed 12 scalps in six games – seven of them stumped (a Village record, despite the brief summer).

Other than a first trip to Tale Millers’ delightful ground, somewhere north of Feniton, all games were played at home – but at two different grounds. As well as the usual home venue of recent years, up on the common next to the Archery Club, Lympstone now have occasional use of Winslade Park, a little further away but rather better appointed. The search for an available flat field within the village boundaries goes on!

Now the evenings have drawn in too far, just one weekend fixture remains, away to Dunsford, but hopefully a full season will be possible next year. Any budding cricketers – or maybe an umpire or scorer – are always welcome. You can get in touch with the club through its Facebook page or via the village website.