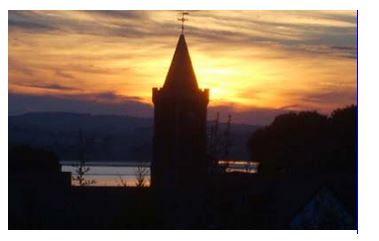 Lympstone today is a village of around 2000 people on the eastern shore of the Exe Estuary, with a few houses and farms scattered on higher ground inland towards the East Devon Pebblebed Heaths.

The rich heritage of the village has shaped how the streets look today. Over 70 listed buildings make a picturesque and little-changed village core, whilst new houses are in small estates off the roads into the village.

The village stretches for almost a mile from the area around the Saddlers Arms on the A376 (the higher village’) past the church and nursery to the densely packed ‘lower village’ around the harbour and the station. Lympstone doesn’t have a through road to anywhere else, so it suffers less than most places from traffic. Instead it now welcomes walkers and cyclists along the Exe Estuary Trail from Exmouth to Exeter. The village’s pubs are popular stopping off points for these thirsty visitors.

Employment in the village and on its farms has declined, and many people work in Exmouth or Exeter, or at the nearby Royal Marines Commando Training Centre.

The maritime nature of the parish continues to be a major aspect, with the water drawing holidaymakers to stay in the several dozen holiday cottages, and the Lympstone Sailing Club a key leisure and social focal point. The parish presents a well-kept, easy-going and even affluent image, though this does not mean that all of its residents are older or affluent.  Lympstone remains a happily mixed community of younger and older, larger and smaller houses, single people and families, ‘incomers’ and ‘locals’ and this mix forms a basis for a balanced, sustainable community. The village supports a thriving primary school and pre-school and also an independent preparatory school St. Peters. As well as 4 pubs, there are several shops, including a general store and post office, cafe, hairdressers, nursery and garden centre as well as a whole host of small businesses that the community enjoy.

Lympstone is a quintessential Devon estuary side village.  It’s quiet, characterful and charming – an oasis of tranquillity in the modern world – yet teeming with vitality; art and social activity at its very core. Undoubtedly one of the strongest characteristics is the ‘Community spirit’ – described by Devon Life as a ‘Community Powerhouse’, and recognised as Devon Village of the Year in 2007.

The village calendar shows how dozens of groups and societies foster many opportunities for entertainment and participation.

Further afield and remembering links from World War 2, Lympstone is twinned with Biéville-Beuville, a village near Caen in northern France, and regular exchanges take place every year.

Please use this website to make the most of the village’s amenities and attractions.