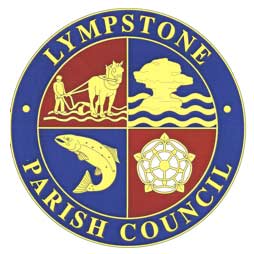 The Annual Parish Meeting took place at 7.30 on Monday 21st May 2012, before the Parish Council meeting. This is a meeting of the electors of the Parish when any matter of concern to the Parish can be discussed. It is a legal requirement to hold this meeting, but it is also somewhat pointless as there is always a public session at the start of each meeting and the Chairman usually allows anyone to speak at a Parish Council meeting during discussion on any topic. All of the matters that have been raised have come through the Parish Council at some time. The form of this meeting has been tested in different ways for the last few years and after last year’s meeting, it was decided to reduce it to a short session before a parish Council meeting. This seemed to work reasonably well.

Several people raised problems associated with cycling and speeding traffic in the village – . There was a good discussion on all of these but solutions lie with DCC and Officers are adamant that nothing will be done as there are no serious accident statistics to back up the need for action.

Parking is also a major problem as there is a lack of facilities all through the Village. The car park in Underhill is now full on most days and is leading to parking in Underhill Crescent bringing about problems for residents trying to get into and out of their drives safely.

The Parish Council considered making an application to EDDC to take over the car park about 3 years ago. This was resisted at the time. Under the localism Act, the Parish Council can make a formal application which has to be considered. The process for preparing a strong bid will be starting soon with Cllr Jim Bailey, Champion for traffic matters, leading the way.

The Parish Council meeting was attended by a lively group of residents from the Glebelands area, led by Mrs Kath Rogers. They were there mainly to raise their objections to a planning application to develop some land behind the houses, with a vehicle access into Glebelands. The land is outside the development boundary but can be treated as an ‘Exception site’. The parish plan suggested that any development should be from the village centre outwards but if there was to be any development outside the Centre then it should be to the north of the Parish rather to the south to avoid coalescence with Exmouth. The land was also identified under the Strategic Housing Land Availability assessment as having potential for development.

The residents thought that the application should be objected to on the grounds of loss of privacy to existing houses, loss of local parking space and increased traffic on a road that already has high traffic movements and on-street parking.

A J Le Riche, Clerk to the Council