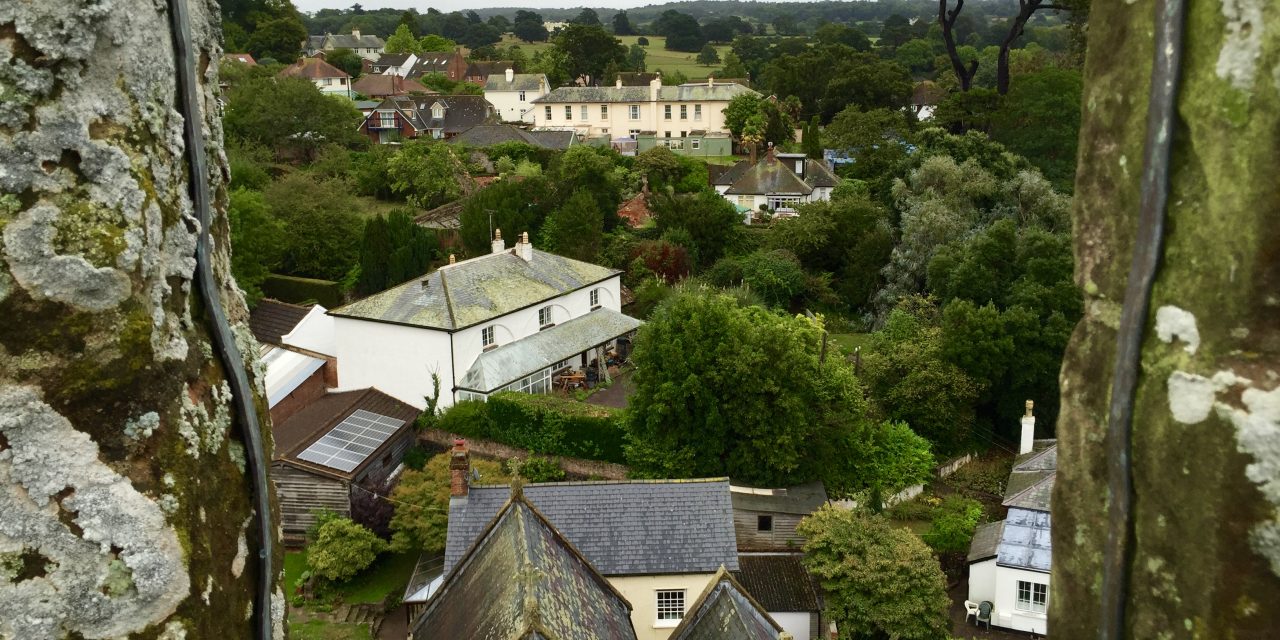 A good number of parishioners enjoyed a view from the top of Lympstone Parish Church last Saturday. The tours were led by the knowledgeable Trevor Bradley, the Bell Captain. For many the highlight of the tour was a close look at the bells, five of which were installed in 1745 and the sixth in 1902 to celebrate the coronation of King Edward VII. The bells are also used by the tower clock  which was made at the Gillett steam clock factory in 1883. It was originally driven by large weights which had to be manually wound each day. It still keeps good time, but is now driven by smaller weights which are wound automatically by an electric winder.

Those who negotiated the narrow, winding stone staircase to the top were greeted by spectacular and panoramic views of Lympstone. During the Civil War, it is said that both Royalists and Roundheads used the tower to site their guns, and that during the second World  War it provided a look out site for german bombers approaching up the estuary.

On our return to ground level we enjoyed a cream tea, and an interesting presentation of the history of the tower, by John Lupton.

Thanks, on  behalf of all parishioners

model of a church bell, demonstration

View from the tower

who enjoyed the tours, to Trevor,  John and the many volunteers who helped out on the day.

(Information is adapted from an article by Trevor Bradley)