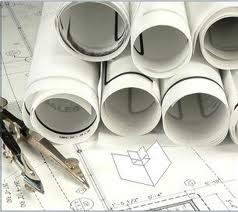 A new report launched by leading housing and planning charity the Town and Country Planning Association (TCPA), has identified an increase in lone parent households as a key element of the housing shortage facing England.

The report,  ‘New and novel household projections for England with a 2008 base’, by Alan Holman with Christine Whitehead, is the first analysis of the 2008 based Communities and Local Government Department household figures. These figures used a new methodology to assess household formation and reveal the different types of households that are emerging, the biggest innovation being that household types are now broken down by number of children.

The analysis projects 234,000 additional households forming per year on top of the backlog of unmet housing needs. Another key finding of this research is the increase in number of lone parent households, including significant increases of these households with three or more children.

The researchers said this pointed to a need for more family accommodation in the social sector and increased demand for Housing Benefit from those lone-parents living in private rented accommodation. Between 2006 and 2026, a total increase of households with children is projected – of about 700,000 in round terms. However, the number of couple households with children is projected to fall by 176,000, while the number of lone-parent households is projected to increase by 889,000. This represents nearly 20 per cent of the total increase in households in the period, 575,000 more than in the 2006-based projections and 615,000 more than in the 2004-based projections. Whitehead, professor of housing at the London School of Economics, said: “It should come as no surprise that England still faces a severe housing shortage. Yet for the first time we can begin to formulate what type of households are forming and what pressures there may be on our housing stock.” “The figures suggest that we can expect two fifths of family households to be made up of lone parent families by 2026.In the long term, we must address how we can provide high quality, affordable housing for these families, particularly in the social housing sector.”

The paper also painted another scenario in parallel to the increase in lone parent households, that of more growth in households without children, signalling the possibility of increased under-occupation.