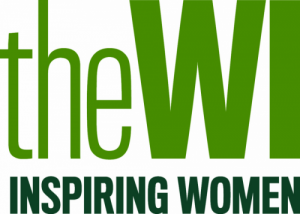 Having demonstrated their credentials as enthusiastic gardeners – both in the local and national WI magazines – it was only natural that members of the Lympstone WI turned out in force on the 1st February to hear Dr Francis Burroughes talk about the experiences of his father, who worked as a gardener from the age of 12, in 1906, on a large estate. The work involved long hours and intensive labour. It was not well paid, but it did give young men the chance to progress up a career ladder and even become Head Gardener, as Dr Burroughes’s father did, eventually running his own market garden.

The garden theme continued after the break, with our President, Diana de la Rue, telling us that the WI, along with other village groups, had agreed to make a scarecrow for Lympstone’s Open Gardens Scheme on the 15th and 16th July. The four WI members who appeared working in their allotments in the WI Life magazine have been asked to give a talk at the “Springtime in your Garden” event at Longdown on the 24th April and it is hoped that other members of our WI will support it too.

Diana reported that everyone seemed thoroughly to enjoy the New Year meal at the Redwing in January, and names were taken for the Italian-themed buffet lunch at the Sailing Club on Wednesday the 15th March. “Alleviating Loneliness” was the resolution chosen by our group from last month’s shortlist to be put forward for action by the WI in 2017.

Our next scheduled meeting is in the Methodist Hall at 2.30 pm on Wednesday the 1st March, when a representative from the Royal National Institute of Blind People will tell us about the work of the RNIB and its Talking Books scheme.

We are very pleased to welcome anyone who thinks she might be interested in finding out about the Lympstone WI. For more information please find us on the village website or come along to one of our meetings.