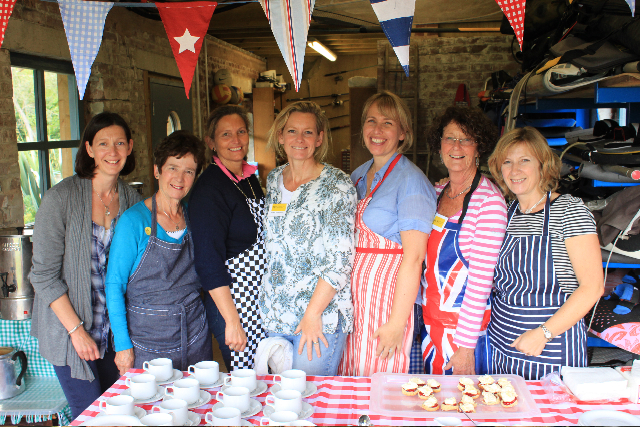 Jackie & Will Michelmore would like to thank all of the Lympstone residents who, along with numerous local friends and three generations of their family, worked incredibly hard to help make their National Garden Scheme Open Garden this June such a huge success.

Despite a severe weather warning ( a months rain was originally forecast for the Friday) and the gale force winds which hampered preparations, the opening of their exposed coastal garden went ahead as planned.

Over 620 people visited during the 7 hours that it was open and over £3000 was raised for local and national charities. Jackie & Will were happy to be able to donate to the village hall refurbishment again this year.

If you missed the NGS event the garden is open by appointment until October (full details and more photos at www.lympstone.org/businesses/lookout-landscapes)