The shorebirds of the Exe Estuary 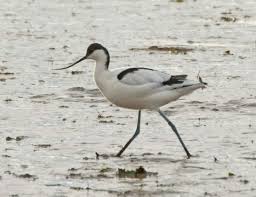 Blog on the shorebirds of the estuary

John Goss-Custard was a research biologist for 40 years with the Natural Environment Research Council, specialising on shorebirds – waders and wildfowl – that occur on UK estuaries in the greatest numbers during the winter. From 1976 until he retired in 2002, the Exe estuary was the place where he and his team developed and tested their ideas: some of you may remember the tower hides that colonised the estuary for many years. He carried on this interest after retiring and is still active in research and a Visiting Professor in Ecology and Conservation at Bournemouth University. He has spent the last few years testing ideas on the significance – if any – to shorebirds of disturbance from people’s activities on and alongside the estuary. He is now beginning a project on the implications for shorebirds of the massive loss of mussels that has occurred over the last few years on most of the intertidal mussel beds of the estuary. He has set-up a blog that he updates with the results of his research and thought that some people in the village might be interested to know of it. The blog address is:

This photo of one of John’s hide may bring back memories to some of you (photo – thanks to Rajan Nagarajan): 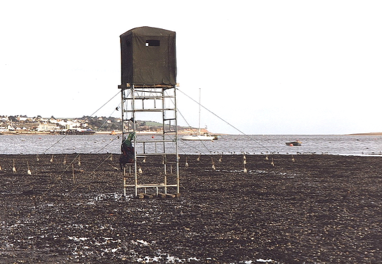